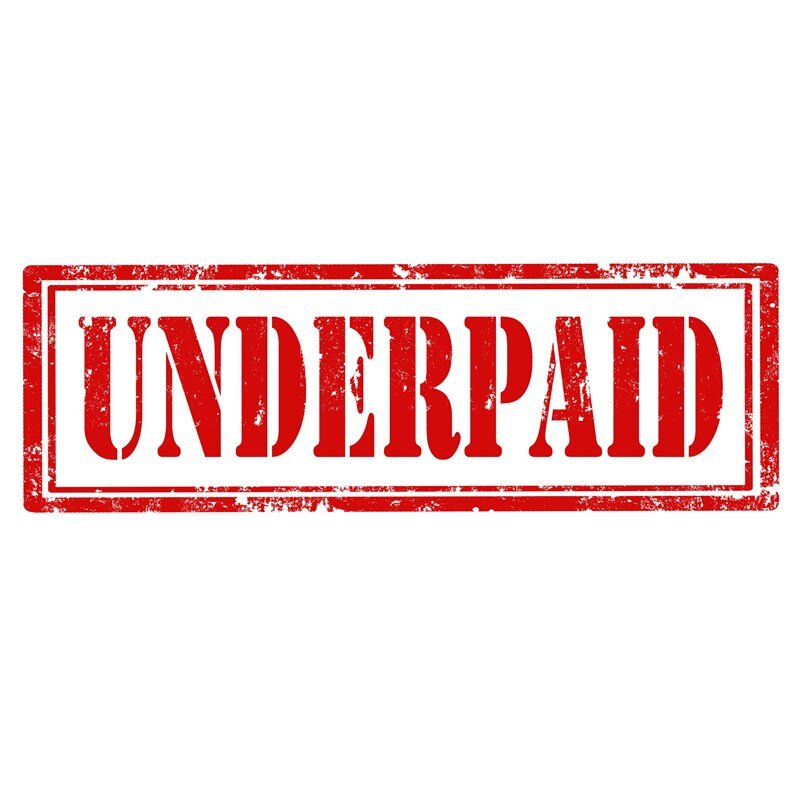 A new press release has revealed that in 2017-18, HMRC investigators identified £15.6 million in back pay that is owed to over 200,000 of the UK’s lowest paid workers. This was an increase from £10.9 million for over 98,000 workers in the previous year. The launch of an online complaints service in January 2017 is thought to have been partially responsible for the increase as HMRC encourages underpaid workers to make a complaint online.

There are penalties for employers who don’t pay staff their legal entitlement. Employers who discover they’ve paid a worker below the correct minimum wage must pay any arrears immediately. If not, there are penalties for non-payment of up to 200% of the amount owed, unless the arrears are paid within 14 days. The maximum fine for non-payment can be up to £20,000 per employee. Employers who fail to pay may also face a 15-year ban from being a company director and being publicly named and shamed.

The latest National Minimum Wage (NMW) and National Living Wage (NLW) rates came into effect on 1 April 2018. The NLW is currently £7.83 for those aged 25 and over. The hourly rate of the NMW is £7.38 for 21-24 year olds. There are lower minimum wage rates for younger workers and apprentices.

HMRC investigates all complaints against employers failing to pay minimum wage rates. HMRC’s enforcement budget has been increased in recent years with more investigating officers in the field. HMRC also carries out spot checks and can launch an investigation if they receive a complaint from an employee.

It is important to remember that certain payments made by workers must not be included when the minimum wage is calculated such as items bought for work which aren’t refunded.