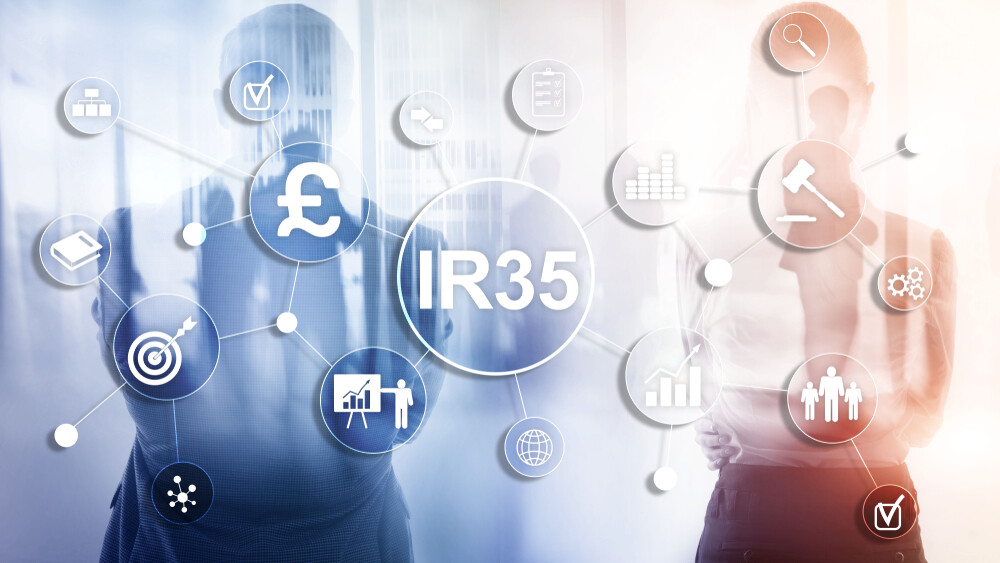 To prevent self-employed workers sidestepping PAYE and Class 1 NIC through payroll by simply working through a PSC (payments to which are, on basic principles, outside the PAYE regime, and payment out of which can often be made as dividends), the ‘IR35’ rules were introduced in 2000. But although the administration and responsibilities around offpayroll working will change, the underlying rules for determining whether a worker is employed or self-employed have not.

Where a contractor’s personal service company (PSC) receives payments for work done by the contractor from a public sector client or, from 6 April 2020 under current proposals, a non-small private sector client, the client (also known as the engager) must determine whether or not the contractor would have been an employee if they had been hired directly, ie not via the contractor’s PSC. If the client determines that they would have been an employee (also referred to as within IR35), then the contractor will be considered a deemed employee and the fees payable to the PSC will be subject to PAYE (with any VAT and expenses paid gross to the PSC).

For engaging companies, preparing for the IR35 reform calls for planning, communication, and a fair amount of time if the correct approach is taken.

Many commentators have advocated a delay to these changes for some time now. Businesses have been hit hard with a never ending stream of legislation and difficult trading conditions (RTI, auto enrolment, Brexit etc) the last thing they need now is further disruption. Pre-election Chancellor Sajid Javid said the anticipated private sector IR35 changes would be reviewed should the Tories retain their government, and that he wanted to ensure the reforms were ‘appropriate’ before being rolled out. There is precedent – only a few months ago a major change to VAT in the construction industry was shelved for a further year with only 4 weeks notice. However this promised IR35 legislative review, if genuine, will have to be turned around at breakneck speed to be completed before the 6th April 2020 rollout date, which has been set since 2018. With the 2019 Autumn budget cancelled and the Spring Statement too close to the deadline to hold any meaningful IR35 changes, the new government will have to announce something well before the end of January to give businesses and contractors enough time to prepare.

Question: Implementation of these rules in the public sector led to less use of PSCs and greater use of umbrellas & some on-payrolling. Does this mark the end of most PSCs?

Answer: where the facts support a non-employee employment status determination then the new rules should not affect the status quo in a particular case. However, HMRC estimates that there is 90% non-compliance with IR35 by PSCs, although that figure has probably been plucked from thin air.  Given the cost of employer NIC, where the employment status determination is that the contractor would be an employee if not working via a PSC, there may well be changes in the private sector to how labour supply chains are organised. Many banks have already stated that they will not engage contractors in the future. GlaxoSmithKline has announced similar plans.

Answer: an employment contract would mean that the individual would have rights such as paid holidays, notice periods, etc, which are not available to deemed employees, and, as PAYE withholding applies to employment contacts and to deemed employments, then for a given fee, the take home pay is the same for both. However, employment rights impose costs on employers and some hirers perceive that a permanent workforce can reduce their abilityto quickly adapt to changing business needs, so prefer not to enter into employment contracts, but hire individuals via intermediary organisations. Adding workers to a payroll as employees will increase the client’s headcount for other purposes too, such as gender pay gap reporting.

Question: Will engaging companies just put all contractors on the payroll?

Answer: There is evidence of this already – the banks for instance have taken this stance. Clients may feel tempted to do this because, despite the potential increased financial cost, certainty is preferable to the potential risk of HMRC opening employment status inquiries and imposing backdated PAYE liabilities some years down the line. It is also not straightforward because PSC workers who are rehired as employees may be earning more than the equivalent employee salary band for the role, which may give rise to equal pay issues and necessitate renegotiation of pay rates for affected workers if employers want to reduce their daily rates on the grounds that these workers now have pension rights and holiday pay.

Question: The client is asking the intermediary agent to make the determination. Are they able to do this?

Answer: the client can outsource this activity, and indeed agencies may have a better understanding of employment status law than many clients, but will an agency have sufficient knowledge of what is happening day-to-day in the workplace? An agency also may not know details about the contractor, eg how many other clients the contractor has, but this is a problem that clients undertaking employment status determinations face too. The client needs to bear in mind that contracting out IR35 determinations does not absolve it of responsibility for complying with its legal obligations, but many clients have large numbers of contractors and will not be able to complete all the determinations without external help.

Answer: CEST is not perfect but, HMRC will stand by its determination provided the facts input by the user are truthful. So, if CEST determines that an arrangement is outside IR35, and the correct facts have been input, it can be relied upon. CEST does not includes questions on Mutuality of Obligation, which is one of the key considerations for an IR35 assessment and will lean towards an inside IR35 determination as a consequence.

Question: Who pays the employer NI if a contract is assessed as inside IR35?

Answer: employer NIC should not be deducted from the payment to the PSC/contractor, unless the contract specifically allows this. Most will not. But most will most likely do so in the future.

Question: Can clients take a blanket approach to assessing their contractors?

Answer: Not only is it illegal, but it will also not likely be an accurate reflection on the actual status that should be applied and is also not treating each assignment individually, as you should do in line with the legislation, taking reasonable care. A blanket approach will almost certainly result in a high number of appeals.

Question: What can PSC’s do now?

Answer: a lot depends upon where you are in terms of your current contract. If you have a contract that runs out before 6 April 2020 then there is little you can do, but wait and see what the next contract brings. In the future, and even now, it is expected that roles will be advertised as in or out of IR35. If your contract rolls on beyond April 2020 then your client should be communicating with you now about their process. If not, we would recommend that you initiate the conversation.

Question: How can I improve my IR35 position?

Answer: Many contractors are paid on an hourly or daily rate. However if you are contracted based on deliverables then this is one of the most significant things that can improve your IR35 position. That might not always be practical, depending upon the work involved, but if you a contracted to deliver a project for a certain sum and can complete that work at your own direction to an end deadline then you are in business. In addition:

Question: If my engaging client determines that my current contract is in IR35 won’t that result in a retrospective investigation by HMRC into my previous tax affairs?

HMRC has not explicitly ruled this out, but they have stated a clear intention not to pursue them. HMRC have said:

Question: Can I continue to be paid through my PSC if I am inside IR35?

Yes, but your engager will deduct PAYE and NI from the payments to your company. Since the deemed direct payment (“DDP”) + PAYE and NI will equal income and the DDP and PAYE/NI will be a cost to the limited company, the net result will be a breakeven position (ignoring any other expenses associated with maintaining a corporate structure). Unless there are other factors involved (possibly non IR35 income from other sources) there will be no value in maintaining the PSC structure.

Question: What are the alternatives to operating through a PSC?

As already discussed above many engagers may simply take their workers onto their payroll. The most likely other alternative is the use of an umbrella company.

Question: What is an umbrella company?

Umbrella Companies exist for the sole purpose of employing “self-employed contractors” so that they can carry out short term assignments without the hassle of sorting out their own taxes or invoicing for their work. Most often the contractor will have found work through an agency, but not necessarily so.

The umbrella provides a payroll service to its employees, processes all timesheets and invoices, and pays its employees a salary after allowing for deductions.

Contractors use umbrella companies because:

Question: Do I have to use a particular umbrella company?

No. If an agency is involved they may well recommend one to you. Some agencies have fixed policies (preferred supplier lists) for recommendations whilst some agents have “commercial arrangements” with umbrellas, not necessarily based on the quality of service provided to the contractor, and the recommendation is driven by the incentives they receive as a result.

The fees charged by umbrella companies vary significantly and some offer varying fringe benefits, usually reflected by higher fees. The main concern is that you are paid promptly and correctly.

Elver Consultancy has its own sister company, Elver Umbrella Services. It is an efficient hassle free low cost umbrella service with prompt payment of wages.